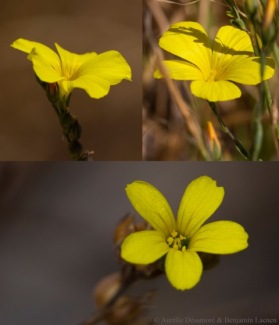 Supergenes are tighly linked clusters of genes which control complex adaptive phenotypic polymorphisms, and that are inherited as a unit. Supergenes are important for a wide range of balanced polymorphisms in natural populations. An emerging insight from studies of supergenes in disparate systems is that they exhibit great similarities from an evolutionary genetic perspective. However, many fundamental questions remain regarding the tempo and mode of supergene evolution.

In this project, we will investigate evolutionary processes at one of the first discovered supergenes, the distyly S-locus. The S-locus governs distyly, a balanced floral polymorphism that ensures outcrossing and efficient pollen transfer between compatible plants. We will conduct our studies in Linum, where the dynamic nature of distyly presents an outstanding opportunity to study the evolutionary processes associated with supergene maintenance and loss. Specifically, we will make full use of the latest advances in genome sequencing to establish a genomic framework for the study of distyly in Linum. We will then use this framework to comprehensively test hypotheses on the evolution and breakdown of the distyly supergene, specifically investigating evolutionary genetic similarities to incipient sex chromosomes. This project is funded by a European Research Council Starting Grant.

The transition from outcrossing to predominant self-fertilization (selfing) is one of the most common mating system shifts in flowering plants. This transition can be favored if the immediate benefits of selfing outweigh the costs of inbreeding depression. 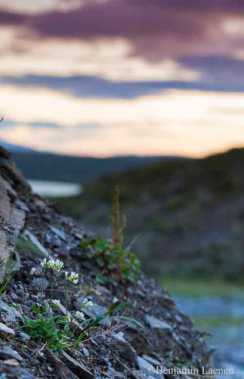 In the long term, however, selfing is thought to constitute a ‘dead end’, and self-compatible lineages experience elevated extinction rates. Selfing is predicted to lead to a reduced potential for adaptation as well as accumulation of deleterious mutations, but the relative importance of these processes for the long-term demise of selfing lineages remains unclear. Moreover, relatively few empirical studies have investigated the effect of partial selfing on adaptation and accumulation of deleterious mutations. Obtaining a better understanding of these questions is vital for our understanding of plant mating system diversity.

In this project, we undertake population genomic analyses of several parallel shifts to selfing in the Brassicaceae, in order to test for an effect of mating system on the efficacy of positive and purifying selection.

To investigate the impact of varying outcrossing rates and postglacial recolonisation, we are currently conducting large-scale population genomic analyses in the  alpine plant Arabis alpina.

Adaptive significance of regulatory changes in association with plant speciation

Clarifying the adaptive importance of changes in gene regulation is an important aim in evolutionary biology. In this project, we aim to 1) test whether there is evidence for adaptive regulatory evolution in association with plant speciation, and 2) quantify the long-term impact of natural selection on regulatory regions in plants. Our main focus is on the emerging plant model system Capsella. This system offers an excellent opportunity for testing hypotheses on regulatory evolution in a setting where the timeframe of speciation and phenotypic evolution is clearly defined. This project involves generation and analysis of massively parallel sequence data sets with a focus on allele-specific gene expression and population genetic analysis. The project greatly benefits from the completion of the Capsella rubella reference sequence and the close relationship between Capsella and Arabidopsis thaliana, which facilitates annotation and interpretation of genomic data. This project has been funded by a grant from the Swedish Research Council. 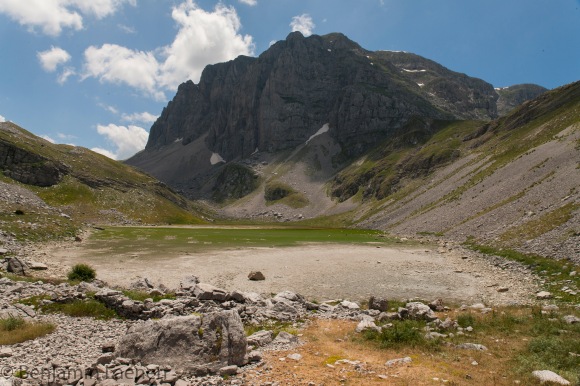 The evolutionary consequences of dominance at the Brassicaceae self-incompatibility locus

The existence of dominance modifiers, genetic elements that modify levels of dominance, has been debated for nearly a century. Selection for dominance modifiers can be efficient at loci that are under strong balancing selection, such as the self-incompatibility locus (S-locus) in plants. In this project we investigate the genetic basis of S-locus dominance and its consequences at the sequence and phenotypic level in the crucifer genus Capsella, an emerging model for the study of mating system evolution. To this end, we use a combination of targeted sequencing of entire S-locus haplotypes, gene expression studies and controlled crosses. The project utilises a variety of massively parallel sequencing techniques, and a strong component of bioinformatics and evolutionary genomics analyses. This project has been funded by the Swedish Research Council.

Testing the utility of massively parallel sequencing on ancient sediments

In this collaborative project with the groups of Barbara Wohlfarth (Department of Geological Sciences, Stockholm University) and Laura Parducci (Department of Plant Ecology and Evolution, Uppsala University) we aim to retrieve and analyze metagenomic data sets from environmental DNA from 11,000-16,000-year old lake sediments. Ancient lake sediments store a wealth of biological, chemical and physical information that allow reconstructing past climatic and environmental conditions in great detail. Recent advances in environmental DNA analyses that make use of new large-scale sequencing technologies now offer the unprecedented opportunity to unravel a complementary spectrum of ancient faunal and floral remains than those identified by micro- or macrofossil analyses. As such, aDNA analysis can provide a completely new understanding of how ecosystems responded to dramatic climatic changes. This project was funded by the Faculty of Science, Stockholm University.